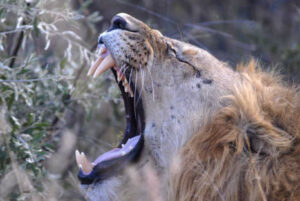 Definition: PSA   A Guide for Nature Photographers and Judges 1 January 2022
The PDF file has the individual sections of the Nature Definition, illustrated examples and comments.

INTERPRETTING THE NATURE DEFINITION
The Nature definition defines and limits four general things:
a) The subject matter that is allowed in images.
b) The circumstances under which images may be captured.
c) The processing/editing that is allowed.
d) The special requirements for Wildlife images.
Within that broad framework, there is an over-riding requirement that “Nature images must convey the truth of the scene that was photographed”.
There are two aspects to this – images must record things that happened naturally, and image adjustments should not change the truth of what was
captured. Judges must be satisfied that the image complies with all parts of the Nature definition and that it has been captured in an ethical
manner. It would, for example, be dishonest to present an image of a very young bird sitting on a branch when the photographer knew that the bird had been removed from a nest so that it could be photographed. Any image in which live prey has been used to attract a predator (either in the wild or in
captivity) is clearly not a truthful representation of a natural event. It would, for example, be dishonest to present an image of a raptor attacking a snake if the movement of the snake had been restricted so that the image could be captured. Such images are an obvious breach of the rule that the welfare of
living creatures is more important than any photograph and should be disqualified. Anything done by the photographer, or by anyone creating situations for photographers, or any editing that results in an image that is not a truthful representation of some natural situation is not allowed.