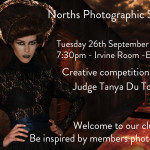 Tuesday 26/09 Creative competition – judge Tanya Du Toit
I thoroughly enjoyed the wonderful talent that you have in your club.  I am also very thankful for the positive feedback that I received on the night.  It was really lovely to have some members come up and thank me for my comments and critiquing.  I try to make an effort in giving something useful with my judging.  Although creative is harder to give technical critique to I hope I imparted some knowledge and inspiration and I can honestly say that I got inspiration from the work that I saw on the night.  thank you all again for a great comp night.

I feel she was as well pretty good. Very constructive in feedback, not holding back with advise (if its creative it has to be creative!) and open however short and sharp. And I like that she judged the A grade harder than the B – grade. Something I sense not all judges do. –  Jochen Hess 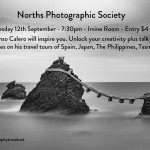 click image
Tuesday 12/9 Alfonso shared his experiences taking us on interesting travels through Japan and Spain, with Q&A along the way.
Thanks Alfonso it was fun and entertaining!
Unlock your creativity; Start a Project – Alfonso suggests we all try and have a project going on. Challenges to go on your learning adventure unlock that creativity within yourself!
Link here:
https://www.photographytravel.net/single-post/2017/09/06/Seven-Ways-to-Unlock-Your-Creativity 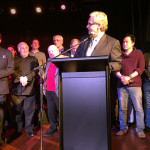 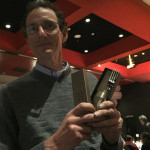 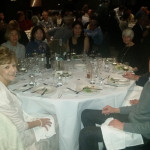 click images
Friday 01/09 Nominee; Jochen Hess
The President’s Shield night is held annually in September and each intra club has a nominee based on their contribution to Norths, their intraclub, either their sporting achievements, service to sport or special interest group over the preceding year.
It is a fun evening with music and dancing, listen to what other intraclubs say about their nominated person. Throughout the evening there is a slideshow of each intraclubs activities and social events.
History – Presidents Shield Awards
In 1955 a group of dedicated Norths supporters, led by the late Harry McKinnon, formed North Sydney Leagues Club. With the help of their families and debenture holders, they bought a house in Merlin Street, North Sydney, which was the Club’s first home. In July 1964 due to lack of space and the threat of the new expressway, Norths sadly left their beloved Merlin Street home and moved to Cammeray.
With a new building and a new look Sports Council headed by Fred Orreill and his active committee, new Intra Clubs were added (see http://www.norths.com.au/community/intra-clubs/ for a current list).
The first Sportsman of the Year Night, chosen from the Intra Clubs, was held in 1980, the winner for 1979 being Graham Hoschke, who was the Secretary of the Fishing Club.
Former NORTHS Sydney Leagues Club President, Mr. Ray Beattie, renamed the ‘Sportsman of the Year’ award the ‘President’s Shield’. 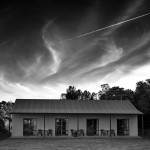 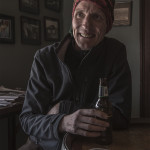 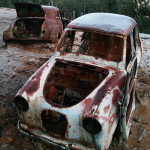 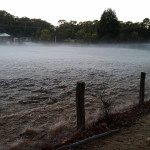 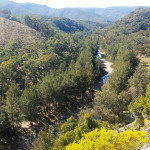 Friday 11/ Saturday 12
Jochen’s wrap up…
About 12of us drove up Friday night to Hill End and organised an early start for Saturday morning. Sunrise was at 7 which meant we had plenty of time to sleep in. Our location for the sunrise was Merlin’s lookout. A cloudless sky made it an uneventful morning.
After a hearty breakfast we explored the town ship and the old car yard – a collection of 20 rusty old cars strewn over the Forrest. A very special place!
Some had a snooze whilst others visited the local pub and simply enjoyed the warm winter sun. We headed out to Bald Hill for a unique sunset. Back to the lodge for dinner and some of us still had not enough and went out for light painting, star shots or simply night photography.
With hardly any light pollution Hill End is the perfect place for these sort of images.
Sunday morning we re visited the car yard with the idea to light paint some of the old and rusty vehicles. It proved to be a good idea as sunrise once again was cloudless and plain.
On the way home we stopped a little distance outside from Sofala for the Bus Grave yard. A collection of 7 or 8 old buses, trucks and lorries. All filled by a hoarder with all sorts of things modern life has to offer. A paradise for any photographer. This place is well hidden which makes it so unique and interesting.

Overall, an interesting weekend with a super bunch of people. We learn from each other, share knowledge and passion and all aim for the same thing – to produce a great photo.